But when he meets a realtor to buy a gallery, he is stunned to find Chloe sitting at the table with the man. He has never stopped thinking about her since she disappeared from his life without a trace. Is it too late to win back her love?

But her heart leaps out of her chest when she sees Nash. How can he be here? Now…after all this time? On the surface, she pulls herself back together. But underneath she feels she is about to shatter. After remaking herself, how can she deal with being faced with Nash and the life she knew before?

If this chance meeting doesn’t rip Chloe and Nash apart, he will.

Little do they know, someone has been lurking in the shadows, manipulating them all along. If he has his way, the two will never be reunited. Even if he has to take one of them out to ensure it.

She slipped her—I couldn’t help but notice—well-manicured hand daintily into mine. “Yes, um, Nash. Good to see you, too,” she replied, tripping over her words like a circus clown climbing into the ring. I slid into the booth across from her, taking in the deep fuchsia, silk blouse, unbuttoned far enough to offer up the tantalizing curves of her bosom, and the snug, little black blazer she wore on top of it, sharply cut to accent that shapely figure as well. She stared at me, her mouth agape, for several seconds—her beautiful eyes wide, but unreadable—then dropped her gaze to the table cloth, focusing intently on the darkening ring her sweating glass of ice water left.

I half-listened to Jack as he rambled on about some property or other, but my eyes kept drifting expectantly to Chloe, unable to believe, after all these years, that she sat across from me, our knees close to touching under the table, my heart racing away, with me hanging on for dear life. How many pictures in my portfolio were of her? Nudes, profiles, and just vibrant, swirling colors which represented the confused emotions she often brought out in me… I gave my attention briefly to Jack.

“…is in your price-range, but it needs a little work…”

I nodded, trying to appear engaged, before again sliding my gaze to Chloe. This time, as I looked, her gaze flitted up to mine and held for a second. I was surprised to see tears in her eyes, and utter disbelief and confusion. She glanced down again and her tremulous hand reached for the water glass. She took a sip, and then seemed to center herself, because the next time she raised her eyes, they were smiling falsely, appearing distant and disconnected, as if she had turned off a switch deep inside her. And I was amazed by how seemingly effortless it was for her; she didn’t show an ounce of emotion throughout the rest of the meal. I got the feeling this detachment was much more the standard for her; the brief bit of genuine feeling I glimpsed in her was what was a rarity, as far as Chloe Carmichael went, that is.

I wished it were as easy for me. My insides were a tangled up heap of mismatched socks. I was both excited and terrified, love-sick and car-sick, my stomach lolling about like a puppy in freshly mown grass. I barely ate a bite of my fifteen-dollar steak sandwich.

“So… How do you two know each other?” Jack asked, filling up the awkward silence I accidentally let descend on the table, intent as I was on trying to calm my nerves while still basking in Chloe’s nearness. The realtor was unable to keep the hint of jealous suspicion out of his voice. He looked from me to Chloe, licking his lips.

She spoke up, as if having been prodded with a stick. “Oh. We grew up together. Yes, Nash is an old family friend.” She said the last with a trace of bitterness on her sweet tongue. Neither of us elaborated further, but even Jack could read the tension between us like storm clouds rolling in to block the morning sun.

By the time the meal was over, I agreed to see any number of properties the following afternoon, hoping to put an end to the painful conversation as soon as possible, wanting to get Chloe alone. I excused myself finally, making up some lame story about a lawyer’s appointment, and left. I chanced a glance back as I left the room, wishing to catch those breathtaking green eyes again, but Chloe only stared blindly at her water glass, while Jack examined her with a frown.

MJ is a lunch lady in the heart of Central Illinois. My gosh! Can you get more folksy than that? She met her husband at the University of Missouri-Columbia and now she has a nineteen-year-old (how did that happen?) and seventeen year old triplets! She loves to read, karaoke (where she can pretend she is a rock star) and spends WAY too much time on Facebook. She grew up in St. Louis and still has family there.

Job- I’m an artist and I just finished building my own studio.

Level of schooling, or self-taught- I attended the New York School of Art.

Birthplace- I was born in New York City, but was raised in Cold Springs, New York.

Currently residing in a tiny apartment in New York, but planning to move into roomier quarters over my gallery.

Favorite type of pet- I always wanted a dog. A retriever, to be specific. But my mom is allergic to them. 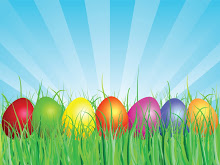 From Mari: I’d like to send out a special thanks to Tina Gayle for inviting me to participate in her annual Egg-cerpt Exchange, which goes until March 31. I have a new author lined up for Thursday Tea & Co. every week during the Exchange. So be sure to check back next week!

This entry was posted in Thursday Tea & Company. Bookmark the permalink.