Love in the Office 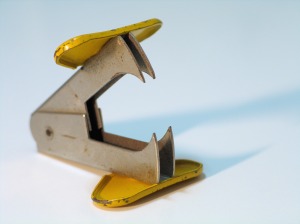 I came across an “original” survey about office romance, and since I work in a office about 50 hours a week and write romance, I immediately dove in. Like many surveys, there is little here that is going to blow you away. Thirty-nine percent of the office workers surveyed have dated a co-worker. If you are surprised, you have never worked in an office … or at least not in an office with twenty-somethings draped over the walls of the cubicles.

Apparently the people who conducted the survey are not office dwellers because they had to ask 4,000 people how they managed to “squeeze in” romance between “budget reports, department meetings and email.” Really? Is that what journalist types think people do in offices? It’s a wonder anything gets done in the law firms, consulting firms, architectural firms, ad agencies, pr firms etc. of the world what with all the department meetings and email.

If you’re dying to know how our intrepid office workers squeeze in romance, actually they don’t. It mostly happens outside work. Happy hours, lunch breaks and “running into each other” outside of work. Of course don’t forget the fodder of television dramas — late nights at the office where 12% of our respondents found love. Probably while eating Chinese food out of square containers and deftly using chopsticks.

According to the survey, “What’s on your business card may bring you a better love life than what’s on your dating profile.” Well, knock me down with a feather. I am shocked. Just shocked by this. Actually, I would take this one politically incorrect step further and say that what’s on a guy’s business card is going to be more important than what’s on a lady’s. And if you think I am not being fair, consider this: Among the leading industries in the office romance game are finance and business and professional services. Health care is in the hunt as well. Lots of money in finance and professional careers. Also, 26% of those surveyed — 1,000 office workers– said that what a person does for a living would influence their decision to date that person. The survey does not if the 1,000 shameless souls were mostly female.

While office workers may be looking for romance at work, another survey on what people are really doing when they “work from home” reveals 43% watch TV and 20% play video games. Then there’s the 24% who drink while working from home. No word on whether they overlap with the TV-watchers and gamers. But I doubt they are among the 35% doing household chores and the 28% making dinner.

This entry was posted in Life in a 24/7 World. Bookmark the permalink.